Posted by Jamie and Alissa on April 6, 2014 in Blog, Uncategorized | 2 comments

Life in Madagascar.  It’s difficult to explain.  It’s beautiful and it’s ugly.  It’s triumph and it’s defeat.  It’s growth and it’s tearing down.  It’s truth and it’s lies.  In these ways, it’s really no different than anywhere else in the world.  One of the big differences of course is the poverty in which Madagascar is entrapped in.  Some stats place Madagascar as the 4th poorest country in the world while others place it as the 9th.  The number in fact, doesn’t really matter.  But the stories of the people do.  These three stories are all people that we know and care for—and we learned of all of them just yesterday.

Dr. Benjamin— an ombiasy— or witch doctor—and the 2nd most powerful one of the region.   Benjamin lives in the remote fishing village of Mahabana.  We’ve known him for 15 years, we’ve fished with him, shared meals with him, he’s an Eden Projects planter and Jamie has had meaningful eternal conversations with him.  In fact 12 years ago, Benjamin said, “I know that Jesus is true and good and right, but I’m not willing to give up my place before man.  But just wait… I’ll come around”.  Wow. 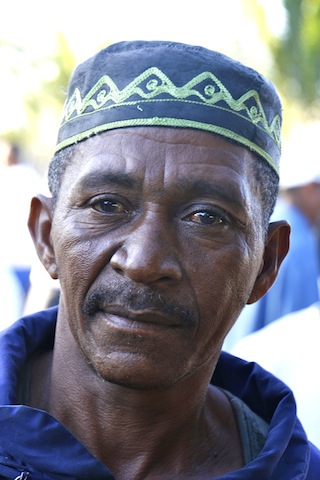 Benjamin arrived by a Malagasy outrigger canoe (lakana) two days ago from Mahabana.  He came because he’s quite sick with painful swelling of his lower body—so much so that he can’t walk, cries out in pain, and is temporarily debilitated.  Benjamin isn’t the only one in Mahabana with this.  In fact, there’s 10 people total with these exact same symptoms… 9 of which are men of all ages and 2 have already died—all becoming sick in the last 4-5 weeks.  Jamie went to visit Benjamin yesterday, picked him up and took him to the hospital.  Because it’s clear that this is a potential public health threat in Mahabana, we called the Chief of Medicine for the region who agreed with our concern and who met them at the hospital.  However the receiving doctor and residents in the emergency room quickly blew Benjamin and his condition off—stating, “he works hard and he works in the ocean….” As though this is a scientific explanation.  Benjamin remained in the hospital overnight while tests were performed.  Today they released him with the only explanation that his calcium levels were low… this indeed is one of the favorite diagnoses in this country.  Heartbreaking… and maddening

Tino—this kid is a regular at our house, along with 11 or so other kids from our neighborhood.  As a group they come over 1 or 2 days a week to play with our kiddos and often our kids will go over to Josy’s house and play with the same group.  This group of kids is like an amoeba—just clustered together, going everywhere with one another.  We love it– as do they. 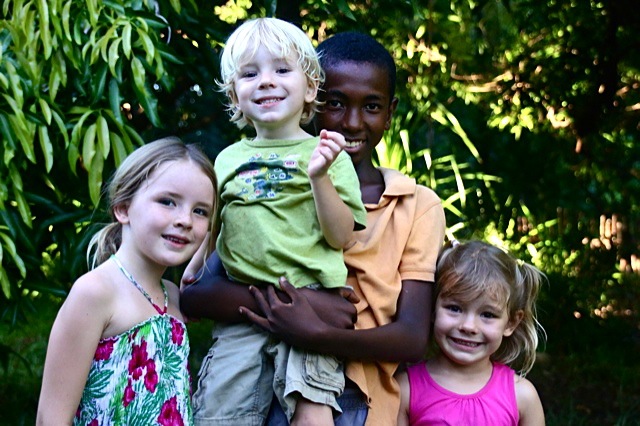 Yesterday I was surprised to see Tino at our door by himself asking to play because all his friends were still in school.  I asked him why he wasn’t at school with them… “satria tsy misy vola ny mamako— because my mom doesn’t have any money”.  It’s been two months that Tino hasn’t been in school.  He’s 13 years old—an all too common time for boys and girls to drop out of school.  Heartbreaking…

Zalestiny–  this young mama just graduated from the Sarobidy Maternity Center program last week.   She was one of the first women to enter our program.  She’s a sweet, quiet young lady with a bold beauty.  Her 6-month old son, Gabrino, is off-the-charts adorable!  This kid is a ham—always smiling and squealing with delight.  He’s a heartbreaker for sure.  Nearly a week ago, Gabrino became sick with diarrhea and a fever.  Two days later, the vomiting began.  Though he was lethargic he was still breastfeeding.  Five days into the illness, Zalestiny took Gabrino to a doctor that we don’t know (i.e. that we most likely don’t trust).  No testing was performed but 8 medications were prescribed… 3 of them being injections that Gabrino would need to return to the clinic for every other day for the next 16 days.  One of these medications, though it can be used in combination with other drugs to help to decrease gastric motility and thus diarrhea- was used alone and can dangerously increase the heart rate.  Also included in this list was the prescription of “hot Coca-Cola with an additional two large spoonfuls of sugar”.  Note: this is in addition to the oral rehydration powder prescribed of which the instructions were horribly wrong.  The cost of all these medications was atrocious for this young mother.  Now I’m no pediatrician but I am a family nurse practitioner and a midwife– and in looking at the list of prescriptions given, I can see the relevance of 3 of the 8— and the Coca-Cola with the extra sugar… I’m not even gonna go there.  Heartbreaking… and maddening. 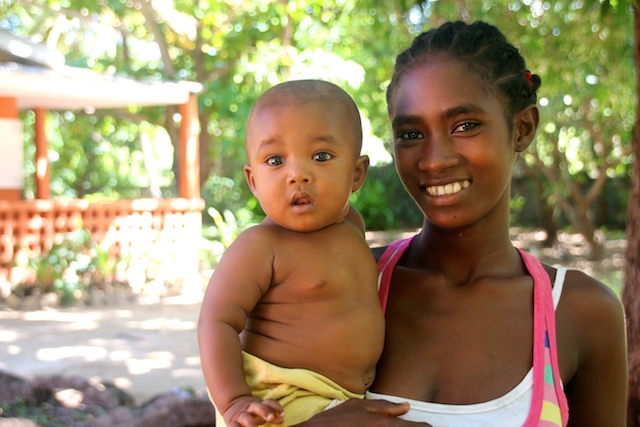 Just after seeing Zalestiny and Gabrino, our scheduled education for the day with the ladies in our postpartum/early child development class was about water.  Fitting really.  I asked the ladies about what happens when a baby has diarrhea and vomiting—their response was tsy ampy ny rano—there’s not enough water, or in other words, the baby becomes dehydrated.  I then asked them if they remembered from a previous lesson what was one of the top killers of children 0-5 years old…  they knew it… diarrhea and dehydration.  We then reinforced the ways to prevent it and to treat it.  Empowerment through education.

These three friends– three heartbreaking (and maddening) stories of injustice and poverty and lies that are just the smallest tip of an ultra complex iceberg– all in a single day.  We don’t have answers nor do we believe we’re supposed to or that people are looking at us to have them.  But we do believe that their stories deserve to have a voice.