Posted by Jamie and Alissa on February 26, 2012 in Blog, Uncategorized | 0 comments

Flashback to October 9, 1999–
I stepped off a Malagasy sailboat and into life within the village of Mahabana. A village barely touched by the outside world and so entrapped by the vices of poverty on every level. A village where 30% of the population controlled the other 70% simply due to ownership of canoes and fishing supplies. A village were many of the desperate 70% were enslaved to the manipulating 30% through debt bondage, as indentured servants. A village with no infrastructure and where diseases went untreated, allowing them to run their destructive courses in human bodies. Where children received no formal education, and where
13-year old girls were married off to older men who often left them once they were pregnant. A village that brought meaning to the biblical phrase “even though I walk through the valley of the shadow of death.” The instant we walked into this village the shadow of death hovered ever close, weighing heavy on our shoulders. A village defined by taboos or “fadys” that dictated the way of life even when they were destructive leading to death. A village were jealously reigned and curses were rampant against any who prospered beyond the others. A village that literally lived in hopelessness and was stuck in the way of darkness. A village where I called home for 2 and a half months just trusting that God would work in powerful ways in the lives of these unknowingly desperate people.

Fast forward 11 years, past many intriguing, disturbing, heartbreaking and joyful stories and you come to the present day.

Looking back, we never thought we would be part of such transformation– to see a village oppressed by poverty on all levels transform into a village thriving with hope and life. It’s a privilege to play a small part in God’s plan here on the remote coastline of Madagascar! 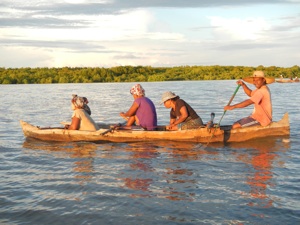 2012: women and men heading to work at sunrise 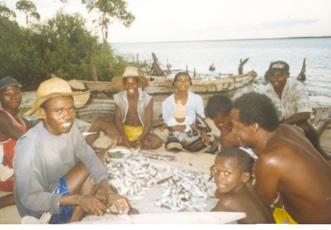 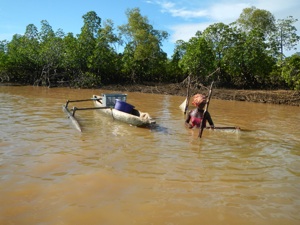 2012: A woman working her own shrimp nets free of all debts. 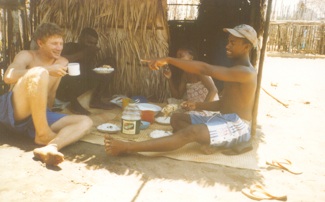 1999: Houses remained in disrepair, food was sparse, sleep was restless with worry, sickness was rampant and personal care was a rarity. 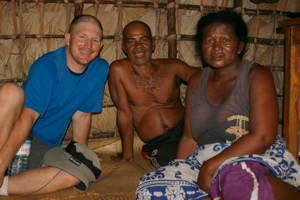 2012: Houses are repaired, food is ample, people are healthier, people able to care for themselves and others, and this woman, Maman’i Rasendra, said she can sleep with peace of mind for the first time in her life. 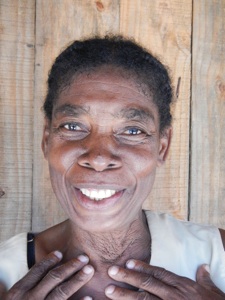 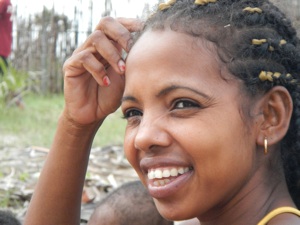