Abandoned to death, Adopted by love…

Posted by Jamie and Alissa on December 17, 2019 in Blog, Uncategorized | 0 comments 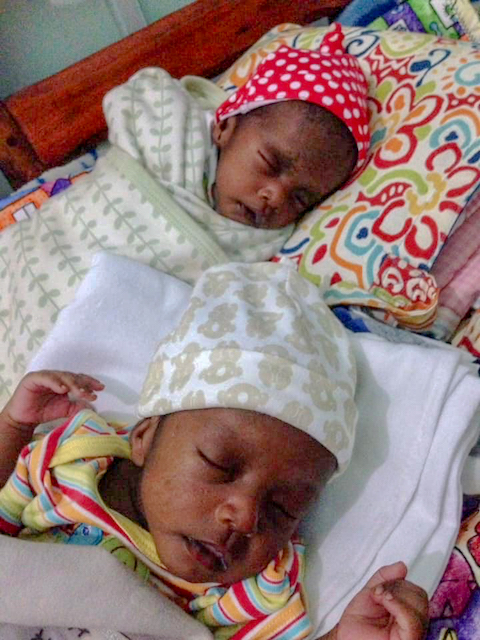 Over the years, many of you have heard stories, seen pictures and have been praying for our friend and ministry partner, Rota. For those who may have missed these, Rota is the national director of the Sarobidy Maternity Center. We’ve known Rota since she was a young girl growing up in the capital city of Madagascar. When Rota finished her midwifery training, we invited her to come to our city 12 hours away for a job interview. That was seven years ago. Soon after the interview, Rota moved to our city, married her high-school sweetheart Andry, began their new life together and helped to launch the ministry of the Sarobidy Maternity Center.

Throughout the years, Rota has grown into an incredible midwife, is a truth seeker as she fights for justice for the women and babies in our care and leads the maternity center with wisdom and grace.

Over these years, Rota has gently shepherded hundreds of mothers as they safely brought their babies into the world. At the same time, she and Andry have been fervently praying for the opportunity to have their own children but year after year, their arms have remained empty. This has been a road of hope and deep grief mingled together. As the years have passed, slowly their hearts have softened that perhaps the Lord would bring them a baby through different means.

On the opposite side of the island on the Southeast Coast, all twins or triplets are considered taboo (fady) amongst the Antambahoaka tribe. Thought to be a curse to the family, community and larger tribe, these babies are often drowned in the river or left in the forest to die. This continues today. For the babies that are saved in these remote villages, there’s an orphanage in the small town of Mananjary.

Just over two weeks ago, we received a long string of  messages from Rota and Andry. A Malagasy pastor (the same pastor that baptized Alissa in 1999), had called them and told them about a set of newborn twins, approximately 9 days old who were abandoned. Two days later, Rota and Andry were on a bus beginning the 23+ hour drive to the opposite side of the island. Those few days were tense as we all prayed for the safety of these babies who were abandoned by their mother, drinking boiled rice water and cows milk and living deep in the remote rainforest amongst a community who wanted them killed. Rota and Andry arrived in Mananjary and the following day, a woman brought the babies 8 hours by boat to Mananjary. Rota and Andry met their son and daughter that day and instantly became a family of four.

These precious babies. Abandoned to death, should they had survived and grew up in an orphanage, they would’ve likely carried the belief that they were but a curse to their family, community and tribe. Yet today, they are adopted by love and will grow up knowing that they were prayed for, wanted, and were named years before they even entered the world. They will grow up at the Sarobidy Maternity Center where Rota and Andry live, amongst a community of midwives and a village of friends that will love and help to raise these precious little ones in the knowledge that they are beloved children of God!

As I recently said to a friend, “this is absolutely the Lord and though we shouldn’t be blown away by His grace and goodness, we’re absolutely astonished by His plans!” Please rejoice with us and with Rota and Andry! Likewise, please join us in praying for these very little babies– for health and growth, and for Rota and Andry as they bond deeply with Harena and Kanto and as they transition to being a family of four!

Alumni of the Year…

Earlier this month, it was publicly announced that the two of us have been named Co-Alumni of the Year by our alma-mater, Seattle Pacific University! Though we were told this news nearly nine months ago, we remain in a state of unbelief yet deep gratitude for the ways the Lord is at work in Madagascar and the incredible privilege that it is to participate in what He is doing on the Red Island!   The last few months have been a whirlwind of activity leading up to this announcement with telephone interviews, a photographer sent to Madagascar, and the recording of two videos and two podcasts. These are being released in the coming weeks leading up to the awards ceremony in early February. The first to be released is this article in the Response magazine that we invite you to read!

Please join us in praying that the Lord would be glorified through these various videos, podcasts and articles and that others would be encouraged and challenged to boldly follow the Lord’s leading in their lives. Furthermore, would you pray with us that the Lord would use this platform to bring more awareness and further build the team and network for the ministry in Madagascar!

Thank you to all who have generously partnered and prayed with us in the ministry of Red Island Restoration! Thank you to all who in the last month have signed up to financially partner with our family– your generosity is a gift of deep encouragement and blessing to us and many!!

For those who missed it… in our September newsletter we shared that a decade after our initial fundraising efforts, we’ve come to a place where we need to expand the community of individuals, families and churches that financially partner with the ministry of Red Island Restoration as our family continues to serve in Madagascar. There’s several reasons for this:

* Previous donors have passed away or have needed to end their commitments for a number of reasons.

* As our kids are entering their teenage years, airfare, cost of living and school fees have drastically increased.

* Isabella, our oldest has come to the end of the available educational system in Madagascar and will begin to attend Rift Valley Academy in Kenya next fall.

* As our leadership roles increase, so do the financial demands of our administrative responsibilities as well as the importance of attending meetings on the African mainland with our organization.

In order to meet our current/projected financial needs, we’re specifically looking for the following partners or any other combination thereof.

We ask that you would join us in praying and trusting for the Lord’s provision! In addition, would you consider joining our financial partnership team from one of the above breakdowns or any other amount that is right for you? All donations are tax-deductible through our mission organization, WorldVenture.

There’s three ways you can join our team…

1. CLICK HERE and follow the link to set up your secure account with WorldVenture where you can proceed to make an on-going commitment or one-time gift.

(Please specify your donation as designated for Jamie and Alissa Shattenberg by writing account #173 in the memo line (Note, for tax purposes, our names should not appear on the check).

Thank you for investing, loving and praying for our family and the Malagasy people in our small corner of the globe!

We’d love to see you at any of our upcoming speaking or Sarobidy Creations sales events this month!!

Thank you for standing with us in celebration, in praise and in prayer! We’re thankful for you!

*** To view this newsletter in it’s original format, click here ***