Posted by Jamie and Alissa on September 11, 2018 in Blog, Uncategorized | 0 comments

Two weeks ago we left our beloved home in Madagascar… it was a hard and tearful goodbye. Leaving all that is known and loved… home, friends, routines, our work and going to a new country where everything is unknown.

We stopped off in Kenya for four days to visit Rift Valley Academy (RVA), the boarding school for missionary kids where Jamie spent his junior high and high school years– he would honestly say, “some of the best years of his life”. The purpose of this stop off was to introduce our kids to RVA where they will likely attend high school in the coming years. And with that said, high school isn’t far off for Isabella… hence we dropped off her application! Eek! 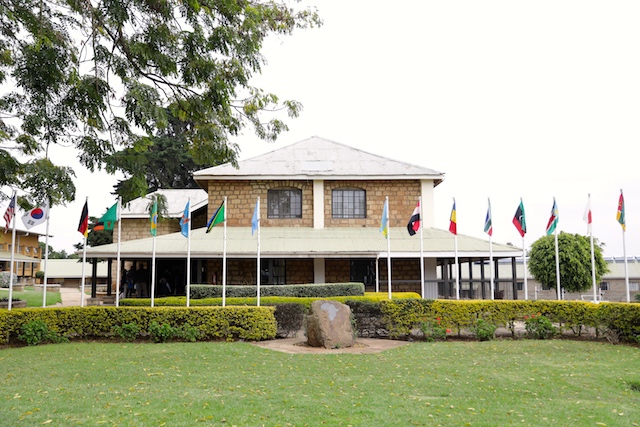 While there we stayed with former RVA friends of Jamie’s who we also both went to college with. It was a sweet time of reconnecting and late night conversations. Equally special was meeting up with so many former classmates of Jamie’s– many of whom are back teaching/working at RVA or who are missionaries in Africa and were dropping their kids off at RVA for the start of the new school year. Truly, what an incredible testimony of the blessing that RVA is to missionary children and families across Africa!

With an elevation of over 7,000feet and viewing out through the fog and over the great rift valley of Kenya, we enjoyed an unexpected gift. The gift of a “pause” between Madagascar and France– something we hadn’t considered and yet the Lord knew we would need and gifted us with! 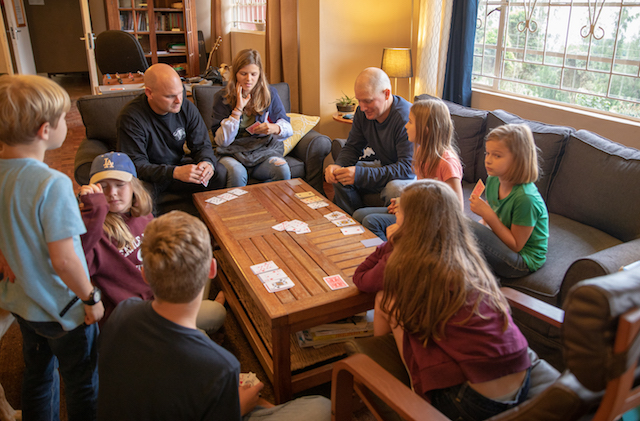 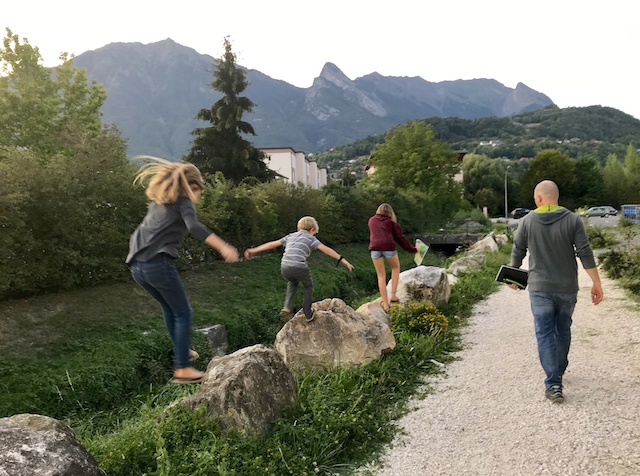 We arrived in France just one week ago. In that time, we’ve settled into our new home, set up our internet and phones as well as navigated the outdoor markets. 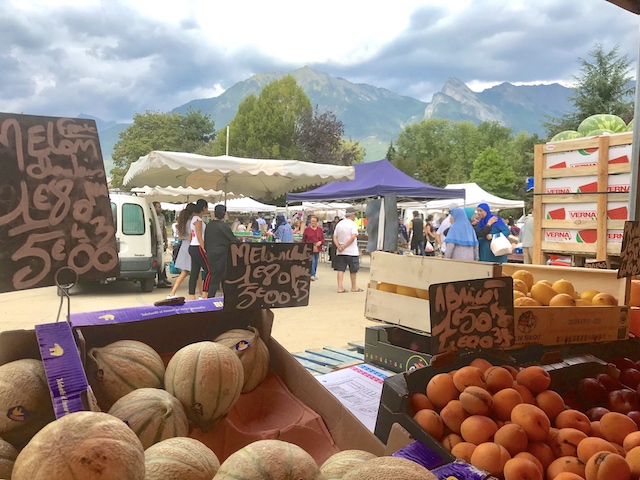 We’ve registered our kids for school, made our first Amazon France prime orders (!), purchased some new to us furniture at a second-hand store, discovered the area around us, toured schools and met for orientation meetings, as well as taken placement tests. Gavin and Eliana, 3rd and 5th grades respectively, started school on Monday and are enjoying their new school and teachers. To be honest, I’m astonished by their courage as they smoothly transition into a new environment with stride! 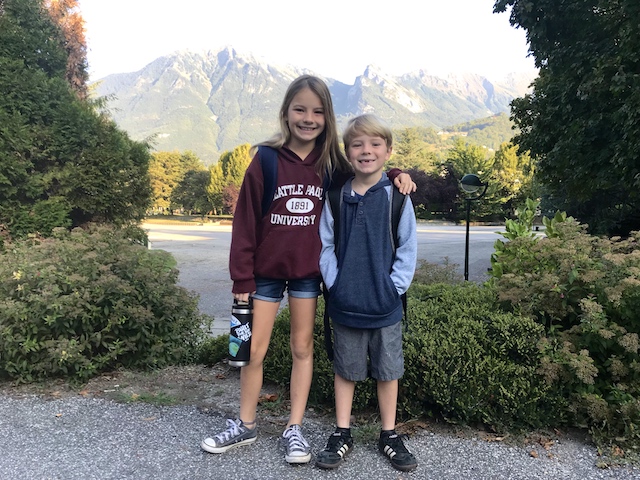 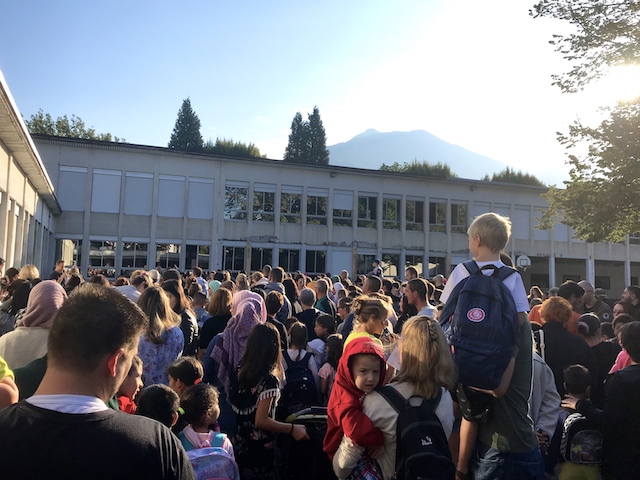 After taking a placement test last week, we’re awaiting news from the Department of Education as to which school Isabella will attend as she begins 7th grade. We’re hoping she can start Monday. Jamie and I also took our placement tests and were placed in our appropriate classes– no surprise that I’m starting at the very beginning in an A1 course. Jamie will be starting in an A1+ course… a further confirmation that though he can speak and understand well, he needs help with French grammar especially as it pertains to reading and writing!

As can be expected, we’re experiencing the many differences between life in Madagascar and France.

* Instead of the sound of Malagasy music blasting in the distance and oxcarts passing by, we hear ambulance sirens and the train rushing past.
* Instead of hearing Malagasy spoken all around us, we hear French and Turkish.
* Instead of our spacious 3-bedroom house with a dedicated office and workout room, we’re living in a small 4-bedroom apartment on the third floor of a large apartment building. 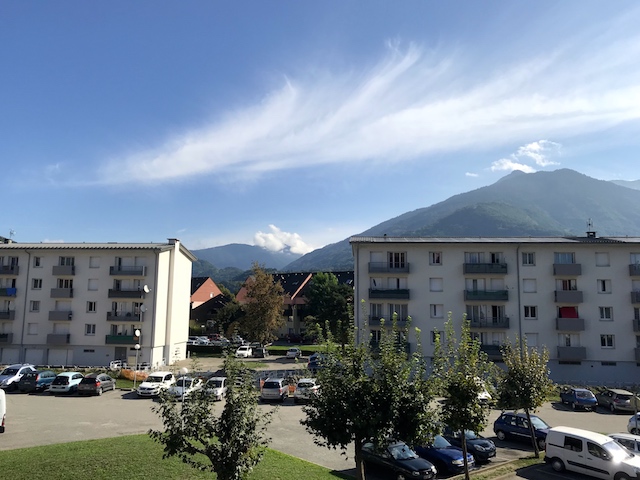 * Instead of the kids playing outside in our yard, at the neighborhood soccer field or at their friends homes, they’re riding bikes around the parking lot of our building, playing in the park next door, making new friends and already planning sleepovers.
* Instead of warm sunny weather which is my absolute favorite, it’s been mostly cold and overcast with a few scattered days of sunny skies. We’re enjoying all we can before winter comes! At that time, there will be many prayer requests for perseverance!!
* Instead of being near the Indian Ocean, we’re surrounded 360 degrees by the glorious French Alps.
* Instead of settled routines we’re attempting to establish new rhythms of life.
* Instead of our kids fighting about having to do the dishes at home in Madagascar, they’re fighting to DO the dishes here in France! Talk about a victory! 🙂
* Instead of having a car at our daily use, we’re walking and biking and catching rides with others. (While we were in Madagascar we actually purchased a used car from a departing family– which broke down on them as they were driving to the airport! We’re waiting for the car to get out of the shop— something about a blown motor! Yikes!) 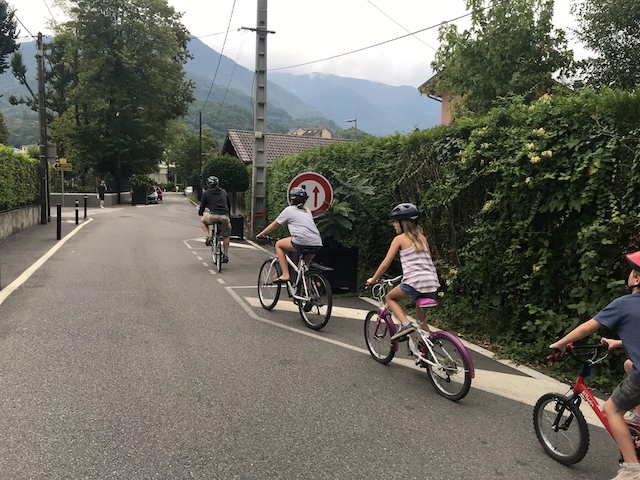 * Instead of the chaotic roads of Madagascar, we’re experiencing smooth roads, traffic signs and free-flowing roundabouts.
* Instead of being surrounded by long-standing Malagasy friends, we’re in the midst of meeting new people… the local French butcher, our Turkish neighbors and many Americans who will be serving across Africa. 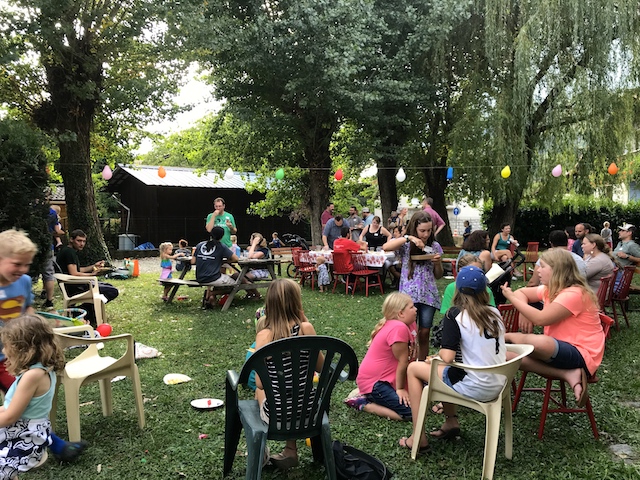 Along with 52 other students, Jamie and I begin our formal French intensive classes tomorrow. We’ve been told by several that this is one of the more rigorous french language programs in the country. We’ve also been told by countless individuals, both former students and current teachers, that this will be a difficult year– that we’ll be challenged, stretched thin and pushed to our limits. In all honesty, not the most comforting of words. Yet, we know that this is a year of obedience– being right where the Lord has called us for this time, for this season of French study. Would you pray with us that we would trust the process, that our brain cells would expand, and that we would glorify God with our hearts, words, and actions even during the difficult days. 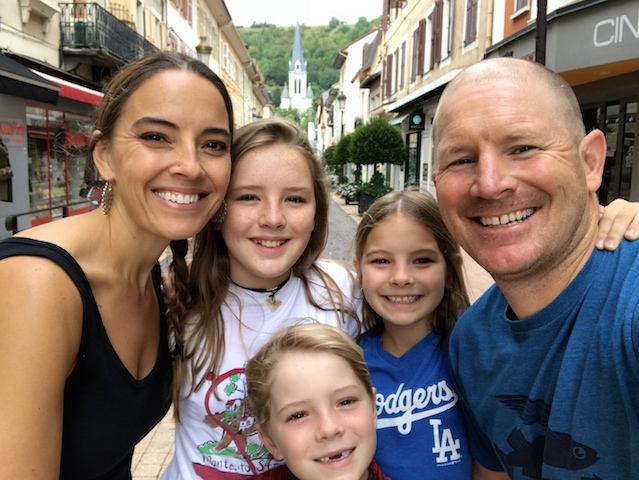 We are humbled by the ways that you stand beside our family through your prayers, words of encouragement and sacrificial giving. Thank you!
Just as we know this is a year of deep obedience in our lives, we pray the same for each of you as you follow Christ in all the ways that He leads.
Jamie, Alissa, Isabella, Eliana and Gavin