Posted by Jamie and Alissa on June 7, 2011 in Blog, Uncategorized | 0 comments

ent on a field trip to a center for adults who are blind.  This center teaches them a variety of trades so that in time, they may be employed as rug weavers, scarf and sweater knitters, basket makers, etc.  The center and the people were impressive however what really intrigued me was the early missionaries that started this center and lived in this remote location.  I’ve always been fascinated with the daily life type of history that I can see first hand and I just gobbled this experience up. The first missionaries in this area were from Norway and arrived sometime in the 1820’s.  In those days, it is said that the average rate of missionary return to their home country was roughly 25%!  The house that’s still standing was built in the 1870’s.  All the materials were brought from Norway on a large ship and then somehow brought to their current location… I can’t imagine how long this process would’ve taken through the dense forests and mountainous terrain.  Today, the car trip alone would be a 9-10 hour drive. 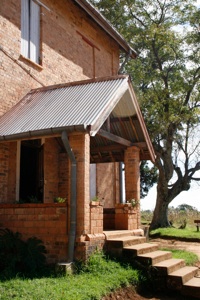 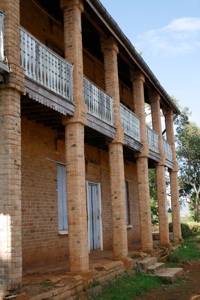 There were several missionary families who lived in this house in the last 140 years.  One family had a very tragic story.  There were two graves beside the house… the first, a very small grave.  The grave of a baby girl, Solveig Lono, who died at just 4 months old.  The grave beside her was her father’s, Mons Lono.  In 1917, a band of “bad guys” as we were told, came to the missionary house and stole what they thought was alcohol yet in fact was petrol.  Upon drinking the petrol, they obviously became very sick.  Later they returned to retaliate for what they believed was an intentional poisoning and killed the missionary father.  The wife and remaining children reportedly returned to Norway. 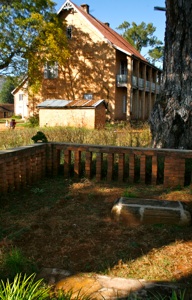 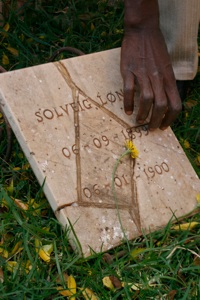 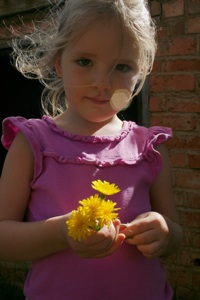