In Madagascar, parents are known by their children… Maman’i Josy is Josy’s mom.  Sometimes Josy’s mom also goes by the name of Maman’i Dina or Maman’i Redy… or any of her other 4 children.  She’s a sweet women who has seen a lot in her nearly 80 years of life– an age well past the average life expectancy in Madagascar.  After nearly 60 years of marriage, she’s seen her children born and raised, her children get married and have their own children, she’s also buried one of her grown children and one teenage grandson.  She saw her youngest child, Josy, get deathly sick and receive life from his older brother through a kidney transplant in India. 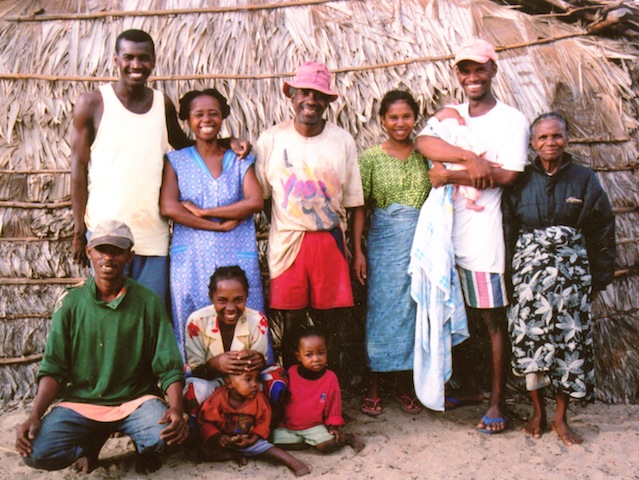 Josy’s folks have also seen the land of Madagascar shift dramatically around them…. from a land full of lush endemic trees, rice paddies, mango, guava and lemon trees with scattered houses made of palm-leaf and lit by candle to a community that has electricity, running water, and massive houses and walls cropping up in every direction.

Josy’s mom has seen first-hand the work in Mahabana– the remote fishing village that her youngest son, Josy, was used dramatically by God to open that village to the Gospel of Christ.  She’s seen her older son, Dina, become President of the community of Mahabana and the surrounding region– a Christian man who is President in a region that once claimed Jesus and the Bible to be taboo.  Maman’i Josy traveled to Mahabana by helicopter in 2004… and when weighing her in for the flight, the scales topped off at a whoppin’ 37kg or 81 pounds. 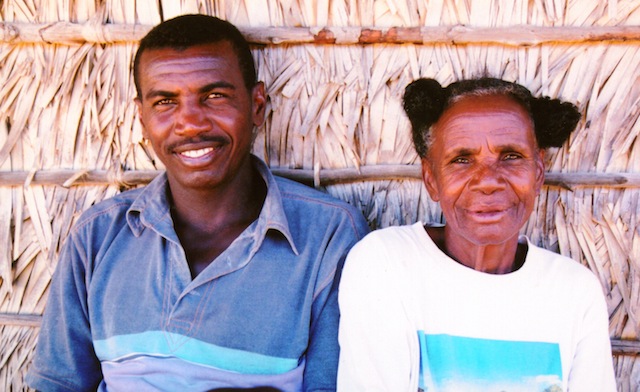 Josy’s mom and dad adopted Jamie as their own when Jamie and Josy were growing up together.  So naturally when I came along, I became a daughter and they became family. 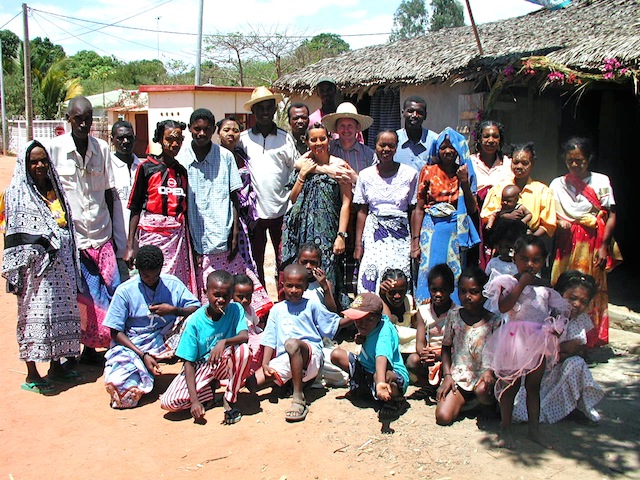 And when our kids were born, their family grew by three new grandbabies as well. 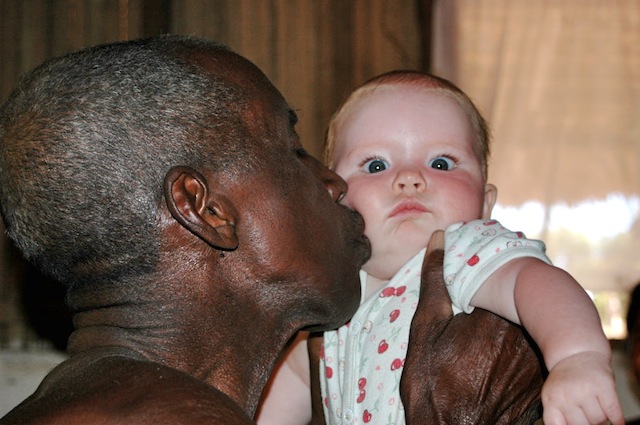 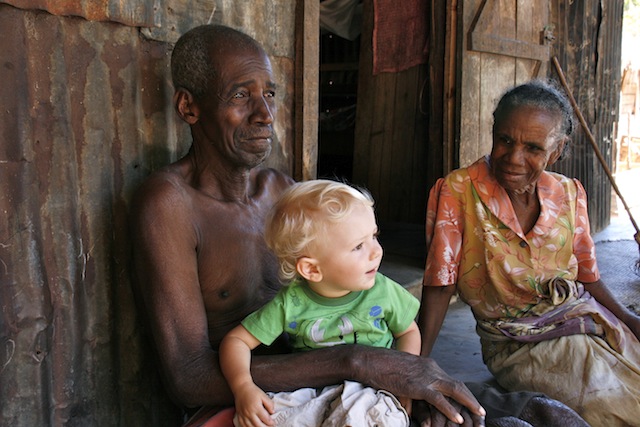 Gavin with his Malagasy grandparents, Maman’i Josy and Baban’i Josy on the porch in front of their house, October 2011

Maman’i Josy has been nearing the end of her life for quite sometime.  In fact, when Josy went to India in July 2013, he said good-bye to his mom not expecting that she would be alive when he returned home to Madagascar.  Josy, being the youngest of the seven, has a special bond that runs deep with his mom.  When he returned, his mom was still alive and she could see that her beloved son was also alive and we were all beyond thrilled! 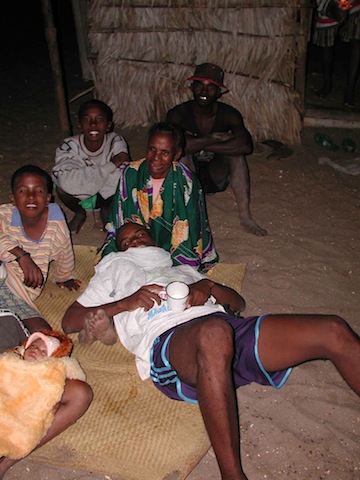 An all-grown-up Josy laying in his mama’s lap, Mahabana, August 2004

Two weeks ago, Dina, traveled by Malagasy sailboat to Mahabana, the remote fishing village that sits on a sliver of a peninsula.  He said good-bye to his mom and was off.  Then Cyclone Hellen threatened to wreak havoc as a category 4 tropical cyclone.  By God’s grace alone, the storm dropped dramatically to that of a category 1 just prior to making landfall.  Of course with Mahabana being so remote, there’s never anyway to know exactly what’s happening when it comes to storms or safety.  On Sunday night, Dina returned home to Mahajanga safely.  With his backpack still on, he approached his mom to greet her.  Upon seeing her older son, she took her last breath and peacefully entered into the arms of her Savior, Jesus Christ. 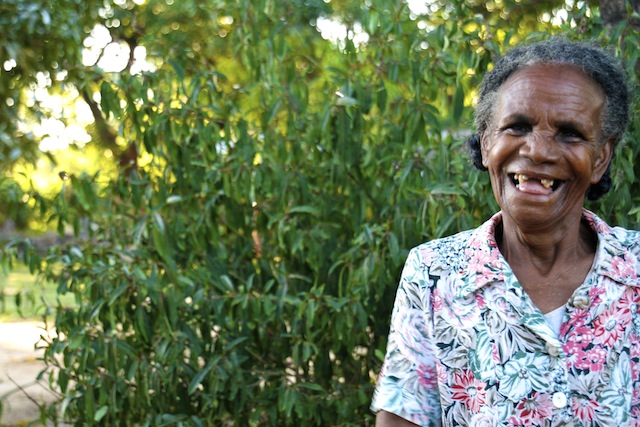 We’ve been able to sit with the family during the three days of grieving and celebrating Maman’i Josy’s life.  She was an amazing pillar of faith and joy and her death brings a gaping loss that will forever change the fabric of this family.  Please join us in praying for her husband, Baban’i Josy, of nearly 60 years who is heartbroken over the loss of his beloved and for their 6 remaining children and countless grandchildren, many of whom are our closest friends and family here.