Posted by Jamie and Alissa on March 6, 2017 in Blog, Uncategorized | 0 comments

Just 30km north, Antsanitia is a small fishing village and is Eden Projects closest dry deciduous planting site to our city. Eden has hired 22 women and men from Antsanitia village to replant the quickly disappearing forest due to charcoal production, clear cutting and fires. For years, there’s been a turf war between Antsanitia and another village further down the beach, Ampanjoany where many villagers make a living off of charcoal production.

Without electricity and stoves, charcoal is used nationwide in Madagascar for heating and cooking– naturally this poses a dire problem as live trees are needed to make charcoal. In this process, a towering tree– fruit bearing or not, is cut down, then buried underground and set ablaze. The combination of slow burning with low oxygen turn the pieces of wood into charcoal– sometimes. I say sometimes because the process doesn’t always work which results in a cut tree AND no charcoal and hence, income, to show for it! 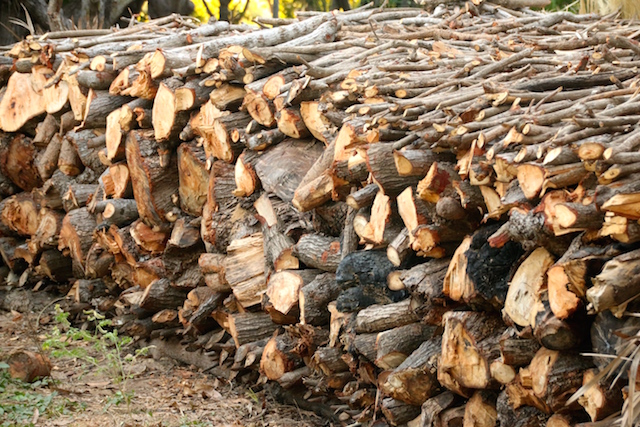 In an attempt to combat some of the charcoal production in Ampanjoany and to bring peace to these turf wars, Mr. Frederik, the manager of the Antsanitia planting site, hired 27 women and men, many charcoal makers in the village of Ampanjoany to partner with the Antsanitia planters and begin planting trees with Eden Projects. The result?  Several less men making charcoal while at the same time, learning the importance of preserving and restoring the forests for the present time as well as the future. In addition, unity is being restored between the villages as they work together towards a common goal while at the same time, receiving steady and consistent employment! 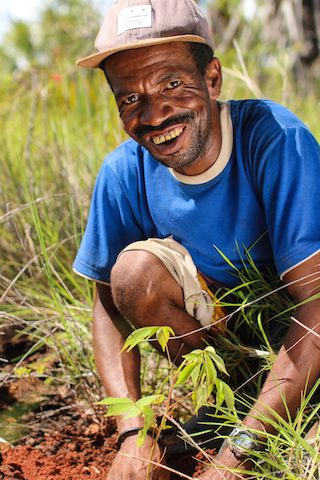 Please be in prayer with us for the hardworking women and men of Eden Projects— that their lives and the lives of their families and greater communities would be transformed as a result of this incredible life-giving work! 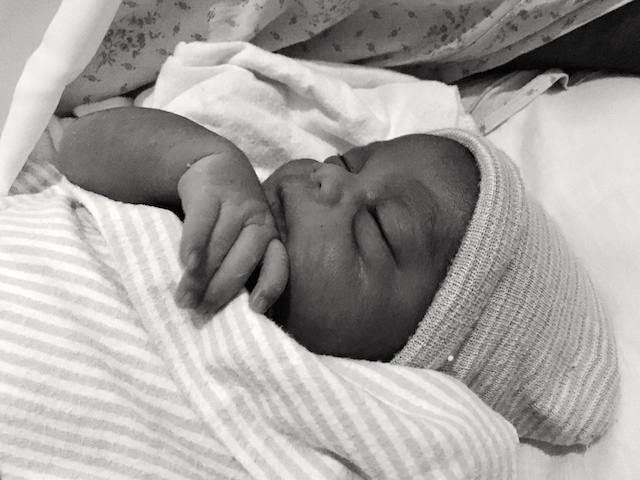 At the age of 42, Josephine had her last baby in 1999– 18 years ago! Josephine remarried several years back but she and her husband struggled with infertility and prayed that they would be able to have a baby together. The Lord answered their prayers.

Seven months ago, Josephine entered into the Sarobidy Maternity Center prenatal program. She came weekly for teaching, laboratory services, prenatal visits and Bible Study. Just two days ago, Josephine arrived in labor at 7am. Two hours later, the center was a buzz with prenatal day, food prep for the Sarobidy feeding program, construction of a maternal waiting home and Eden leadership meetings. Hours passed as Josephine labored on. All the other pregnant mamas had been seen, had eaten a nutritious lunch and had long gone home, the Sarobidy kitchen was clean and the maternity center was quiet with the exception of the construction crew in the distance.

After a somewhat long and more difficult labor than we typically see, a beautiful baby boy was born at the Sarobidy Maternity Center. Except he was blue, limp and wasn’t breathing. After a few seconds of good stimulation it was quite clear this little guy needed help to breathe. With the neonatal ambubag and a few puffs of oxygen, he started to come around, let out a cry to help clear his lungs and began to pink up. His name, Nomena… gift… as he is a gift from the Lord to his parents! We praise God for protecting Nomena’s life during those first few minutes!

Neonatal resuscitation is a skill that is only taught within the classroom of midwifery school here in Madagascar which leaves a gaping hole when it comes to real-life experience. Yet, roughly 10% of all babies born require help to breathe in the first minute of life. There are senseless neonatal deaths here in Madagascar as a result of the lack of proper training and equipment.

One of the many goals we strive for at the Sarobidy Maternity Center is to elevate the knowledge of national midwives to provide competent, medically-sound and compassionate care to the women and babies of the maternity center. We do so through weekly trainings taught by our physician, Rachel, for all the staff. As we have several new staff, we’ll revisit the teaching, practice and role-playing of proper newborn resuscitation tomorrow! 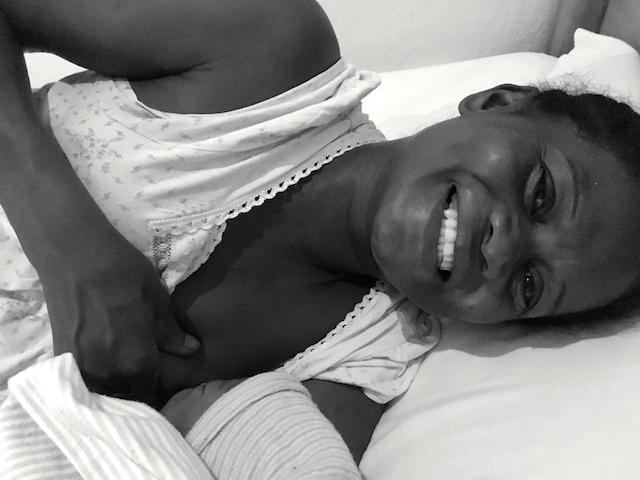 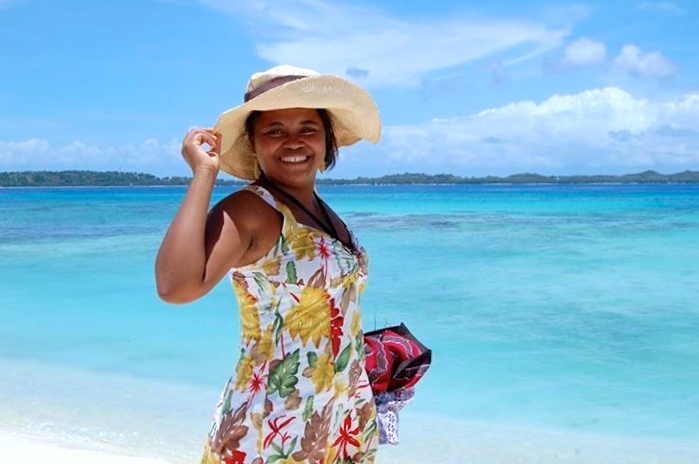 Rota is our lead Malagasy midwife at the Sarobidy Maternity Center. To say that she is an amazing gift would be a gross understatement. Her story is incredible…

We’ve known Rota since she was a little girl growing up in the capital city of Antananarivo. One of 5 kids, her father has been integral to the work of the missionaries with WorldVenture for over 17 years. The young girl that we knew as a child was fun-loving and boisterous and when she completed high school (which is often a rarity), she took her exit exam which is a cumulative exam of everything a student has learned in high school, as you can imagine, the pass rate is quite low. When the results were released, thousands of students lined up to see if their names were on the pass list. Rota was devastated and shocked– she failed. Weeks went by and the government, for the first time ever, made a national announcement on the radio that there was a large mistake with the final scoring. Rota had passed after all!

With a high school diploma in hand she had dreams for the future but her family didn’t have the means to help. One day a missionary asked Rota what she intended to do next– she shared that she wanted to study midwifery but that it was impossible for her to do so. The missionary gave Rota the incredible gift of an education and paid for her 3-year midwifery program!

At the same time of her graduating from midwifery school, we began renovations on what was then just a dream and would later become the Sarobidy Maternity Center. Unbeknownst to us, Rota was a new midwife and was looking for work. When her dad shared this information with us, my heart skipped a beat and I prayed, and wondered, and prayed some more. We spoke on the phone and asked if she’d like to travel the 12-hours by bus to meet again now as adults, have a mutual interview and hear the vision that I had for the center. A few weeks later Rota, Jamie and I were sitting on our back porch getting reacquainted and I was talking what I’m sure was a mile a minute as I poured all my dreams on the table of how I wanted to see midwifery care different for the women and babies of Madagascar. At one point, she looked at me as though I had a third eye in my forehead when sharing what was then, very foreign practices, such as delayed clamping and cutting of the umbilical cord. We prayed together and promised to be in touch.

Several weeks later, Rota moved away from everyone in her life… family, friends, church and fiancee to begin learning more about this new approach to caring for women and babies and to help open the maternity center.

Fast forward more than four years. Rota embodies all that the Sarobidy Maternity Center is– she is authentic, discerning, loving, compassionate and competent. She is an advocate for women and babies, she’s an educator, a motivated learner, a shepherd of birth, a prayer warrior, and a gospel Truth speaker. She is a gift.

We praise God for how He has directed Rota throughout her life and how He has used multiple people and experiences in her life that brought her to the Sarobidy Maternity Center for such a time as this! We ask that you would pray with us for Rota– for wisdom for her as her roles and responsibilities continue to grow in correlation with the growth of the center. In addition, we ask for deep prayer for Rota and her husband Andry– a couple with such a desire to start a family but after 4 years of marriage, their arms remain empty. Please join us in prayer that the Lord would give them the desire of their hearts and peace in the process of waiting! 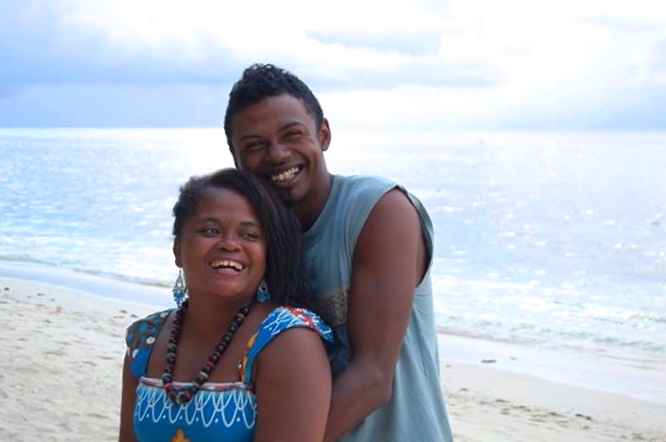 Housing Needed in the USA!!

We’re scheduled for an upcoming home assignment in the fall of this year. In the past, we’ve always stayed with Alissa’s parents however we’re keenly aware of the changing needs of our family as the years pass. With that said, we’re looking for furnished housing in Santa Barbara for the months of October through mid-December. If you have any leads for this, please email us and please feel free to share with those in your circles! If you know the housing/pricing market in Santa Barbara… you know what a massive prayer request this is too! 🙂

We thank the Lord for each of you as your partner in prayer, encouragement and finances towards all that God is doing here in Madagascar to restore the great red island in health, forests and Hope in Christ!
Alissa, Jamie, Isabella, Eliana and Gavin