Posted by Jamie and Alissa on October 15, 2015 in Blog, Uncategorized | 0 comments

ISS- AKA the Institute for Security Studies, recently published an article on October 7th about Madagascar written by Simon Allison.  The title: Sorry Madagascar, Your Problems Aren’t Hot Enough.  The title basically sums what we’ve been saying for years, Madagascar is a forgotten corner of the globe that is often overlooked and neglected.  The truth hits hard. The words written in the article, sobering.  We see the reality of these truths on the faces of some of our closest friends, the women at the Sarobidy Maternity Center, in our neighborhood, the open air market, and across this great island nation.  Please, take a moment to read and step into the neglect that Madagascar faces.

“Madagascar is world famous. Mention the island, the planet’s fourth largest, and most people think of its astonishing biodiversity, its lemurs, or – especially – the eponymous animated films.

Few know anything about Madagascar’s droughts, its floods, its chronically malnourished population or its defunct health system. Few know that Madagascar is one of the least developed countries in the world, or that its humanitarian situation is one of the most severe.

In late September at a hotel in the capital, Antananarivo, the United Nations Children’s Fund (UNICEF) gathered foreign journalists to discuss this problem. Their contention is that Madagascar is a ‘donor orphan’: a country that should be getting lots of development assistance, but isn’t. This is a source of frustration to many aid workers in Madagascar, who confide – off the record – that their head offices don’t always get it.

The scale of Madagascar’s humanitarian crisis is dramatic. According to UNICEF, the country’s 23 million inhabitants have the worst access to water and sanitation in the world. Nearly half of the rural population practise open defecation. Neonatal and maternal mortality rates are rising. It has the fourth worst chronic malnutrition situation in the world. 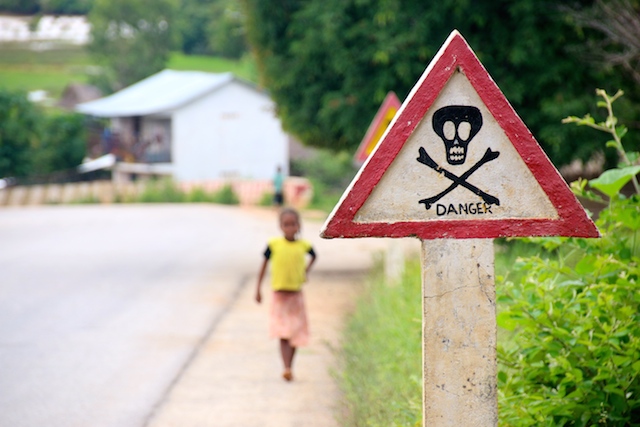 One in four children don’t go to school, with only a third of those who do completing primary. A harsh climate brings regular emergencies: there were devastating floods in one part of the country earlier this year, and an even more devastating ongoing drought in another, and the country is buffeted by regular cyclones (it is the fifth most cyclone-prone country in the world).

A near bankrupt central government means that there is little government response to these humanitarian issues. Despite this, international aid to Madagascar has actually decreased over the past few years, and shows no signs of picking up again. Several theories may explain this apparent neglect.

The first, and most compelling, is that its geographical location – as an island in the middle of the Indian Ocean – means it has little geostrategic interest for most donor countries. Madagascar is not on the fault lines of any major conflict; it is not an intersection on a major trade route; it is not home to vast reserves of oil. Moreover, the ocean prevents Malagasy problems from spilling over into neighbouring countries, because there are no neighbouring countries. The ocean insulates Madagascar from the rest of the world.

The second is that Madagascar, again because of its unusual position and history, falls into too many different regional organisations. These include the Southern African Development Community (SADC), the African Union, the International Organisation of la Francophonie, and the Indian Ocean Commission. All of these take some, but not full responsibility for Madagascar – and often have different, and not necessarily complementary, approaches to dealing with the country.

Another theory is that the nature of Madagascar’s crisis does not lend itself to donor intervention. It is easier to justify funding in conflict situations, or in highly visible disasters like earthquakes or tsunamis, or for high-profile epidemics like Ebola or HIV/Aids. Madagascar’s problems tend to be less ‘sexy’.

Chronic malnutrition, which affects 47% of Malagasy children under five years old, is a largely invisible crisis, because the damage it inflicts is mostly inside the brain. This does not lend itself to heart-wrenching photographs. It is notable, in this context, that the highest-profile international engagement with Madagascar, the SADC mediation efforts, was designed to address the political crisis sparked by the 2009 coup – not the country’s ongoing humanitarian crisis.

David Zounmenou, a senior research fellow at the Institute for Security Studies, points to another factor. ‘Geography or even linguistics might have something to do with the apparent neglect of humanitarian issues in Madagascar. However, we can add that, here again, the country is a victim of “post-crisis neglect syndrome,” where international attention declines once there is an election to restore a semblance of normalcy in conflicts areas.’

Elections in 2013 ostensibly closed the chapter on four years of political crisis sparked by a coup in 2009, although new President Hery Rajaonarimampianina has done little to solve the humanitarian crisis. Many donors were also scared away by the crisis itself, or defeated by the sanctions imposed on Madagascar in the wake of the coup.

Madagascar’s status as ‘donor orphan’ also raises a more general question: how do donors differentiate between the various crisis-stricken countries competing for their attention? What goes into the value judgments that are made to determine who gets money and attention, and who doesn’t?

Clues can be gleaned from another profession which makes similar judgments, often about the exact same situations: journalism. Various crises compete for attention on the front page, and foreign correspondents must work hard to convince their editors to set aside resources for travel. David Smith, Africa correspondent for The Guardian, told ISS Today that a combination of factors decides what he covers, and what he doesn’t.

Needless to say, Madagascar doesn’t often make the cut. The Guardian caters primarily for a British audience, and historical ties play an important role in content decisions. Zimbabwe, for instance, gets plenty of attention. Cost is important, so trips to out-of-the-way places like Madagascar are usually expensive to justify. The nature of the crisis also plays a role: like it or not, violence is usually more newsworthy than slow-moving humanitarian disasters. 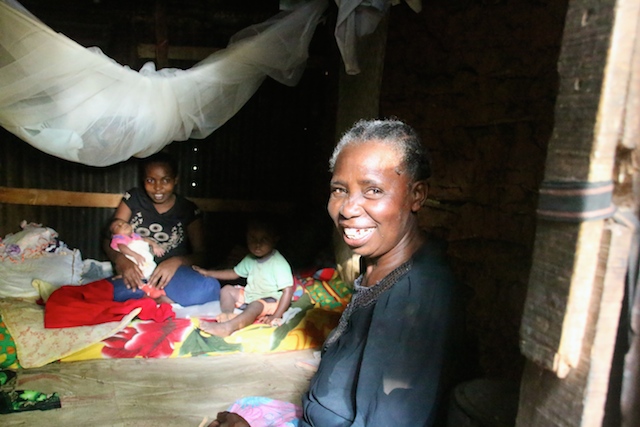 In other words: not all crises are created equal. And, most importantly, the amount of attention a crisis receives is not merely a function of its severity. This has major implications for journalists, researchers and development professionals. It’s clear that headlines are not a reliable guide to the significance of either political or humanitarian crises, and nor is donor attention. To understand our world better – to distribute scarce attention and resources more equally – we need to look beyond these metrics.

Until then, the likes of the humanitarian crisis in Madagascar will continue to fly under the radar, with millions of people affected by its neglect.

Simon Allison is an ISS consultant.

You can also read the full article here.

(pictures in this post are our own and not associated with the article above.)