This is a story of God’s grace which has been so lavishly and undeniably extended to this little family!  At the age of 20, Judith and her at-the-time-boyfriend had a son together in 1996.  As is all too common here in Madagascar, soon after their son was born, the father of the baby up and left.  Judith cared for her son as a single mom for a few years before getting married to her current husband in 2000.  Each day following their wedding, Judith prayed that God would bless her family with another baby.  However each month, she discovered that she was once again, not pregnant. When her only son was seven years old, he became quite sick and was diagnosed with leukemia.  A year later in 2004, at 8 years old, Judith’s only child died.

Her faith in Christ unwavering despite deep loss and heartache, Judith continued to ask the Lord for the blessing of another baby.  In fact, day in and day out for 14 years, Judith prayed this same prayer.

Enter into the story a young 16-year old girl from the countryside of Madagascar.  She became pregnant by a 22-year old family member who was living in the same small house.  When she could no longer hide the shame of the incest, she fled to our city of Mahajanga where she and her story wouldn’t be known by anyone.  On a Friday in mid-May, this young girl went into labor and delivered a baby girl in the wee hours of the morning on Saturday, May 17th.  As soon as she delivered, she fled, leaving the baby with her grandmother.  The young girls’ family all agreed to kill the baby upon birth because of the shame this baby would bring to the family but instead this wise grandmother refused and opted life for her granddaughter.  That same day, before even the blood and bodily fluids of birth were washed off the baby,  the grandmother went in search for someone to care for her granddaugther.  She first walked to the Catholic sisters that have an orphanage in our city however their policy only allows them to accept children who no longer have a living mother or father.  This was clearly not the case.  The determined grandmother set off on foot again to find a home for her granddaughter.  We don’t know how many houses she visited during this time.

At 10am, a stranger– a granny holding a baby, approached Judith’s family property where several family members have small tin houses.  She asked, mila zazakely ve?  Do you want a baby?  The family quickly called Judith to come outside.  This grandma then asked Judith the same question, mila zazakely ve?  Without an ounce of hesitation, Judith opened her arms and her heart and reached out for the sweet baby girl who was just 8 hours old.  The extended family quickly had a family pow-wow and all agreed to raise this baby as their own.  The wise grandma stayed 2.5 hours, enough time for the family to cook lunch and share a meal together, uniting themselves as family by way of this infant girl.  Before she said good-bye to her granddaughter, this granny, Judith, her husband and entire family prayed together over this precious baby girl.

Judith’s tender yet fierce love and care for Narindra has been so clearly evident from the beginning.  As she bottle-fed her daughter, I would catch Judith affectionately stroking Narindra’s face, staring deeply into her eyes, inspecting her tiny toes and fingers and small body as every proud new mama does.  What a gift to bear witness to!  Judith’s cousin Tina, is also in our postpartum program with her 4-month old son.  Soon, Tina began to breastfeed Narindra twice a day so that she could receive human breastmilk in addition to the formula.

At one of our first postpartum visits with Judith and Narindra, I asked Judith if she would like to try to breastfeed Narindra herself.  I explained that in these situations, a woman may be able to produce milk.  She coyly admitted that she had already tried but without success!  We talked about the best way to incorporate these “feedings” into the use of the bottle and her cousin breastfeeding her baby girl.  In the weeks to follow, Judith slowly began to produce milk though still needed to supplement.  Last week, with a huge smile and very full breasts, Judith was breastfeeding Narindra and shared that her milk is in and in full force at that!!!  She is no longer needing to supplement at all.  Tena fahasoavan’ Andriamanitra– this is God’s grace!!!! 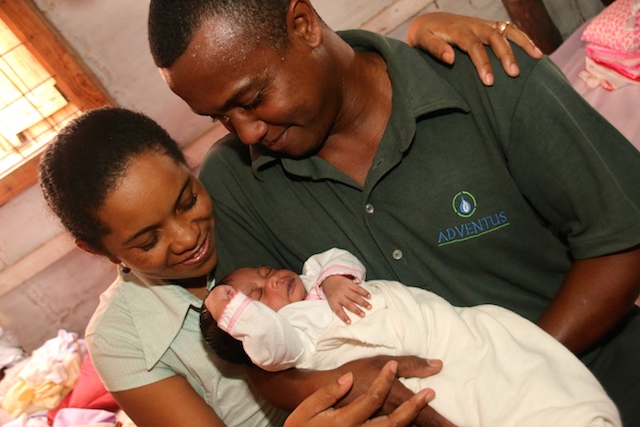 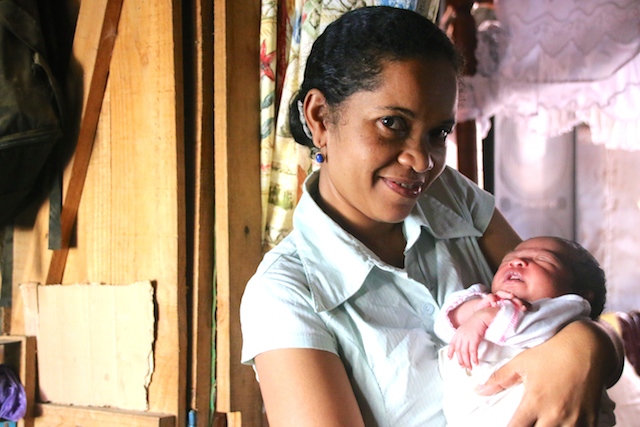